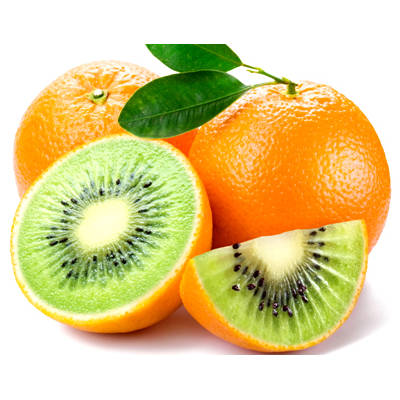 At Sweet Friends, we pride ourselves in making sure we get products from only the best suppliers. Our supplier Xlear ensures every one of their products are  from Non-GMO ingredients. Some of our customers are in dark at what exactly a GMO is, so we thought wed explain it. A GMO stands for Genetically Modified Organism or GEO genetically engineered organism. A GMO is a plant (or meat product) that has been genetically altered in a laboratory. A lab manipulates the DNA to produce foreign compounds, or alter the food in a way that isn’t found in nature. Research has shown that there are risks and benefits to artificially altering the genetic make up of food.

What are some of the risks of GMOs?

What are the benefits to GMOs?

However, the most important question remains, is it safe?  Opinions differ from person to person and even from country to  country. Numerous health problems have increased around 1996  the same year GMOs were introduced. Americans with 3 or more  chronic illness have jumped from 7% to 13% in just nine years.  From this evidence and through their own personal experience  they choose to avoid GMO products. There is not sufficient evidence to confirm that GMOs are a contributing factor, however many are not waiting for that evidence before they start protecting themselves.

The EU position: Keep it out. We prefer organic, which is much healthier. The risk of genetically modified foods to health and the environment outweigh the benefits. Only the multinational biotech companies will benefit, dominating the world food supply and squeezing out traditional farmers*.

NZ Gover Position: GM is a permitted activity in New Zealand. However, the use of GM techniques must have approval under the Hazardous Substances and New Organisms Act and comply with all necessary requirements.

China has cracked down on illegal GMO food production and halted GMO grain imports for the U.S.

Even though USA as a country endorses GMOs, the American Academy of Environmental Medicine (AAEM) urges doctors to prescribe non-GMO diets for all their patients. They have seen in animal studies that GMOs have lead to organ damage, gastrointestinal and immune system disorders, infertility and accelerated ageing. They have seen how genes in soy can transfer into bacteria living inside of us. Much like the tobacco industry, the US sees GMOs as safe until proven dangerous with substantial long- term undisputable evidence. They not only approve it, they prevent labeling making it difficult for the consumer to make their own choice.

U.S is one of a few developed countries that do not require GMO information on their labeling. Consumers at a grass roots level have demanded to the right to know if their food includes GMO products. Despite petitions with 1.4 million signatures, FDA does not require such. Vermont has passed a law giving consumers those rights. By so doing, they have been threatened with lawsuits from biotech and food industry officials.

Experts say that 60% to 70% of processed foods on the grocery shelves have genetically-modified ingredients. One of the most commonly consumed ingredients that use GMOs are found in soybeans and corn. High-fructose corn syrup, a GMO product, is a widely used ingredient found many packaged foods found on the shelf of an American grocery store.

Genetic engineered food may create new unintended health problems. Large companies benefit from the use of GMOs to increase a low cost output for financial gain. How much is our health really worth? In the end, consumers need to be able to decide.